In some parts of rural Tennessee, a pregnant woman may travel an hour or more for high-risk prenatal care. In Alabama, there are only four primary care doctors to care for every 10,000 people. And in Washington and Alaska, residents are not only facing a shortage of primary care doctors, but also a mental health system in crisis, leaving those suffering from depression, anxiety and substance abuse with few options.

One in five Americans—about 60 million people—live in remote areas and lack consistent access to the healthcare they need.

And the problem is growing: Doctor shortages in rural areas are at an all-time high, with only 40 physicians per 100,000 people compared to more than 53 physicians per 100,000 in urban areas. And rural hospital closures are on the rise. While some closures may be beneficial—for example, if an under-utilized hospital is turned into primary care clinic—others may result in critical shortages in specialty care. For example, more than half of rural counties do not have hospital-based obstetric services which can have a significant effect on maternal and child health outcomes.

These challenges and others have led to a striking health gap between rural and urban Americans. The prevalence of chronic disease is often higher in rural areas than urban: obesity by 16 percent, diabetes by 17 percent and heart disease by nearly 25 percent. That’s because rural residents tend to be older and sicker than their urban counterparts and rates of cigarette smoking, high blood pressure and obesity tend to be higher. Because it can be hard to get care, health problems may be more serious by the time they are diagnosed. Consequently, people living in rural areas have a life expectancy that is almost three years lower than their urban counterparts.

There is no single solution to this web of complex healthcare challenges. What’s clear is that deep community roots and tailored, local solutions can help close the care gap, and allow rural Americans to lead healthier lives.

In Tennessee, BlueCross BlueShield of Tennessee has helped establish an extensive network of telemedicine sites in rural communities–called the Solutions to Obstetrics in Rural Communities (STORC) –to improve access to specialty care for women with high-risk pregnancies. Rather than traveling to one of the state’s major cities for care, STORC sites are staffed with an ultrasound technician and an advanced practice nurse who can video conference with a specialist from anywhere across the state. Currently, there are STORC sites in 13 rural Tennessee communities, many with no obstetrical specialists or women’s healthcare professionals at all. The program, which began in 2009 with 134 visits has now grown to 3,953 in 2018. And more than 90 percent of women in the program have delivered healthy babies.

Hear more about the program from the Blue Cross Blue Shield Association podcast, The Health of America.

In Alabama’s rural communities, a healthcare crisis is spreading: 54 of the state’s 56 rural counties are entirely or partially classified as primary care shortage areas, meaning thousands of Alabamians lack access to primary care doctors. Encouraging doctors—particularly primary care physicians–to stay in rural areas is one of the goals of Blue Cross and Blue Shield of Alabama’s Circle of Care program, which provides scholarships and other incentives to doctors who commit to practicing in the state. This long-term, multimillion-dollar investment addresses a chronic problem for rural areas: doctors who move to major cities after receiving enough experience or accolades. Currently helping to train 30 future doctors, BCBS of Alabama expects the program to grow to 150 doctors over the next five years.

Likewise, Premera Blue Cross has invested $60 million to address rural healthcare needs in Washington and Alaska. In Washington, 14 percent of residents live in remote or rural areas, and in Alaska, 43 percent. There are several challenges common to both states, such as finding and keeping physicians, nurses and behavioral health practitioners needed to care for and treat patients. If one physician or nurse decides to move, it can precipitate a healthcare coverage crisis.

Part of Premera’s investment is used to recruit and train healthcare professionals to fill the gaps and to maintain a constant presence to serve residents in need. In Alaska, this includes finding and training health aides–who are often the only healthcare providers in remote villages–to perform many procedures other than surgery that a doctor would normally do. They are also working to better integrate primary care and behavioral health, so those suffering from mental health problems have a place to turn.

The widening rural-urban disparities in health and life expectancy mean that it is more important than ever to focus on solutions that close rural healthcare gaps. Geography shouldn’t be a barrier to better health. 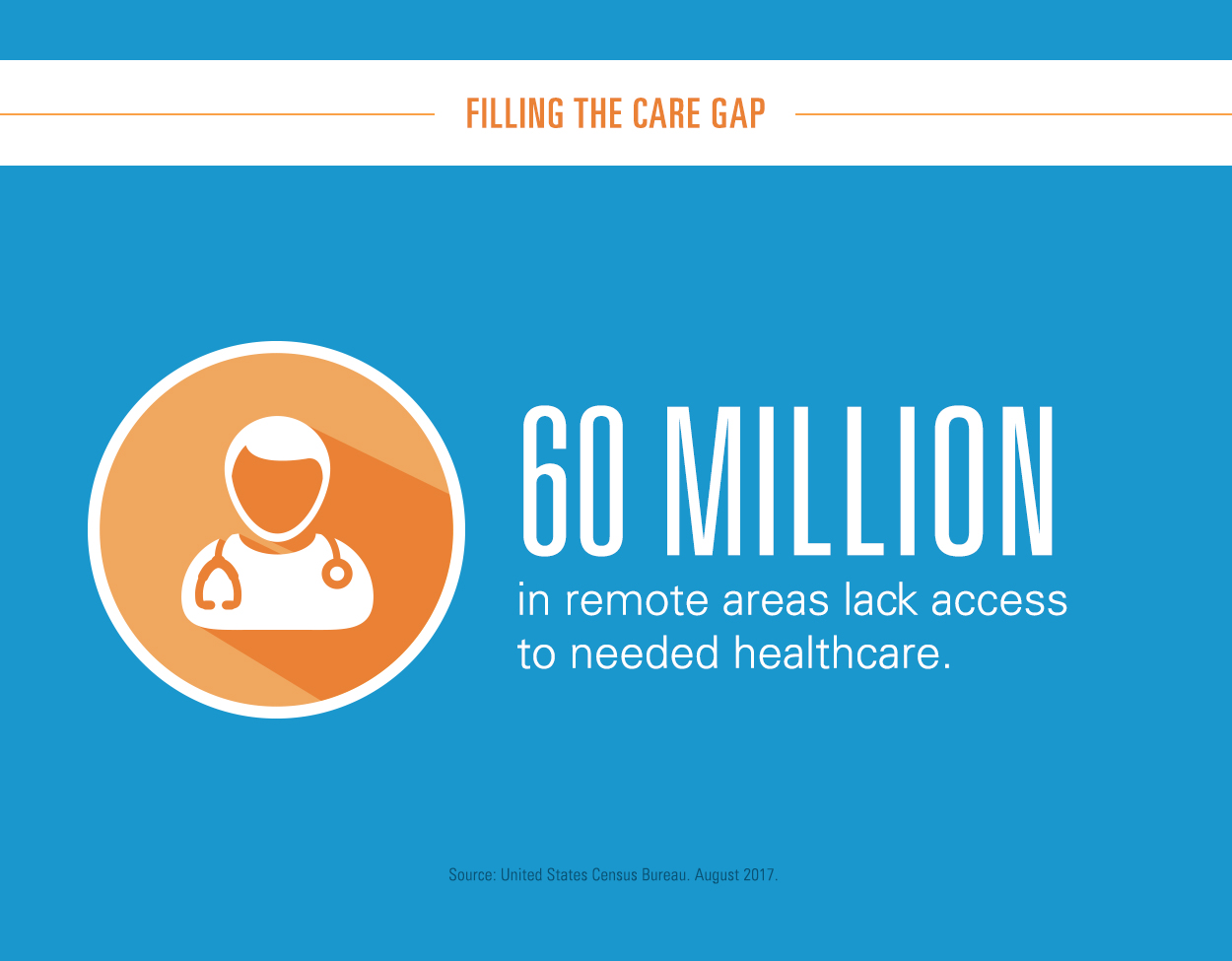 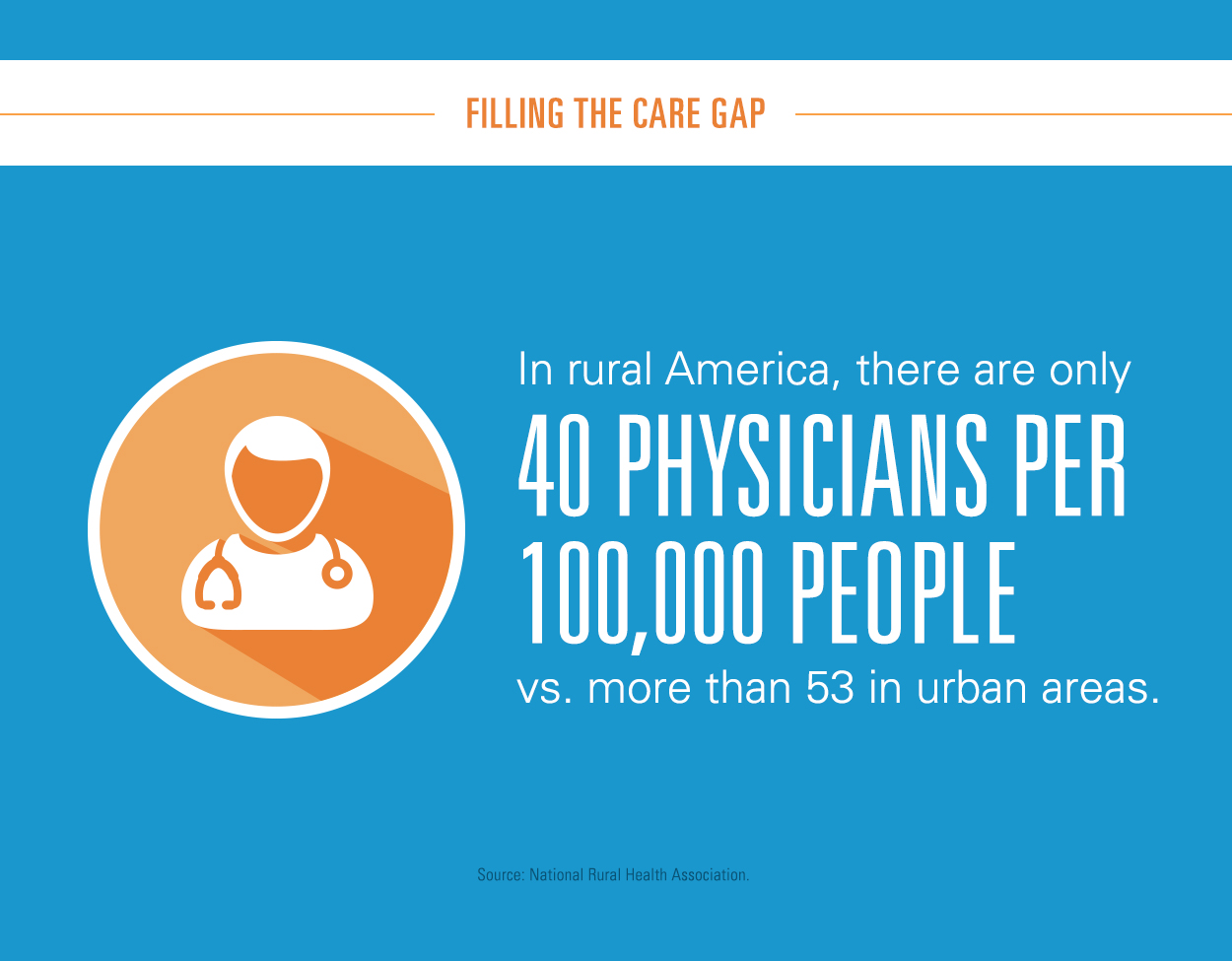 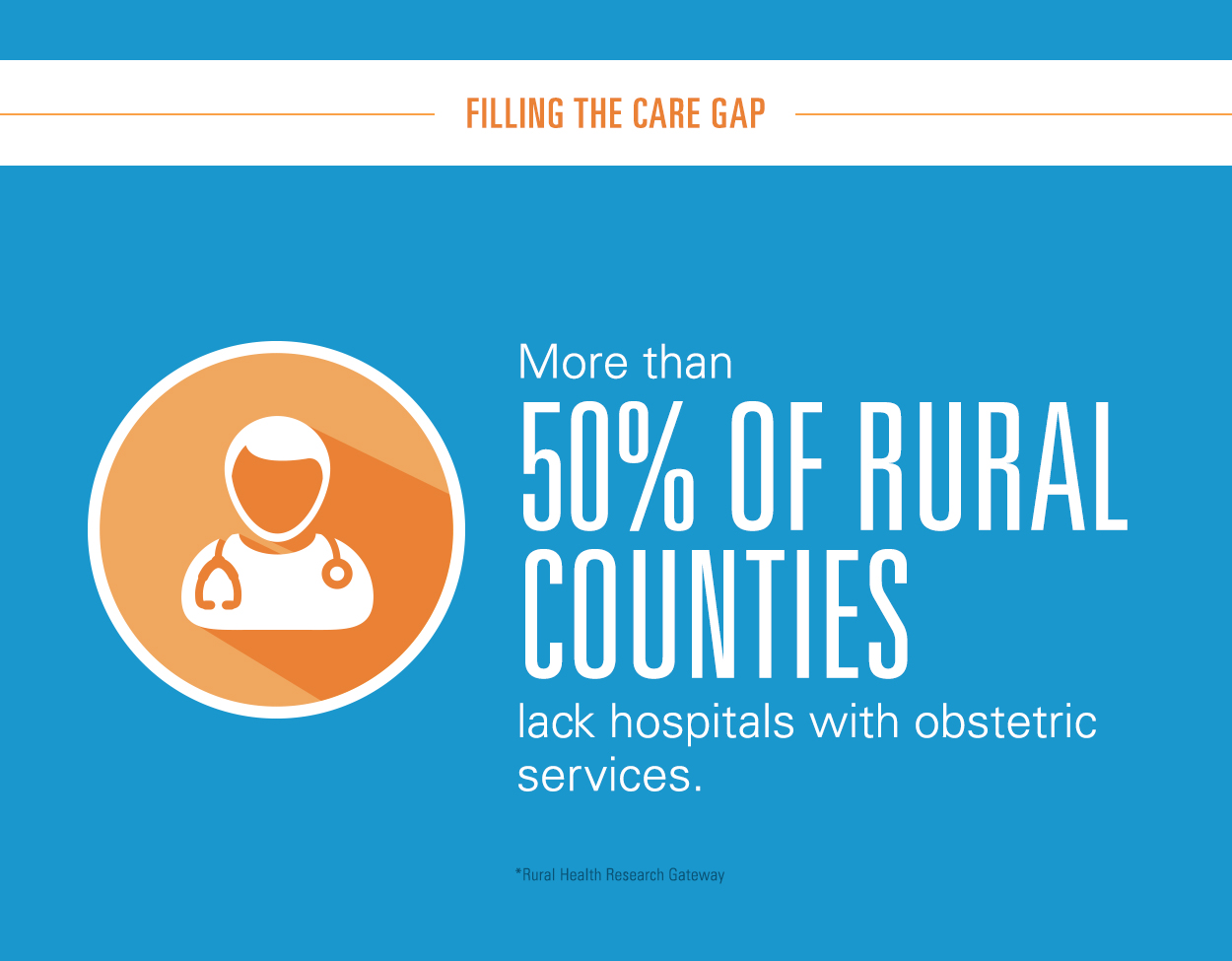 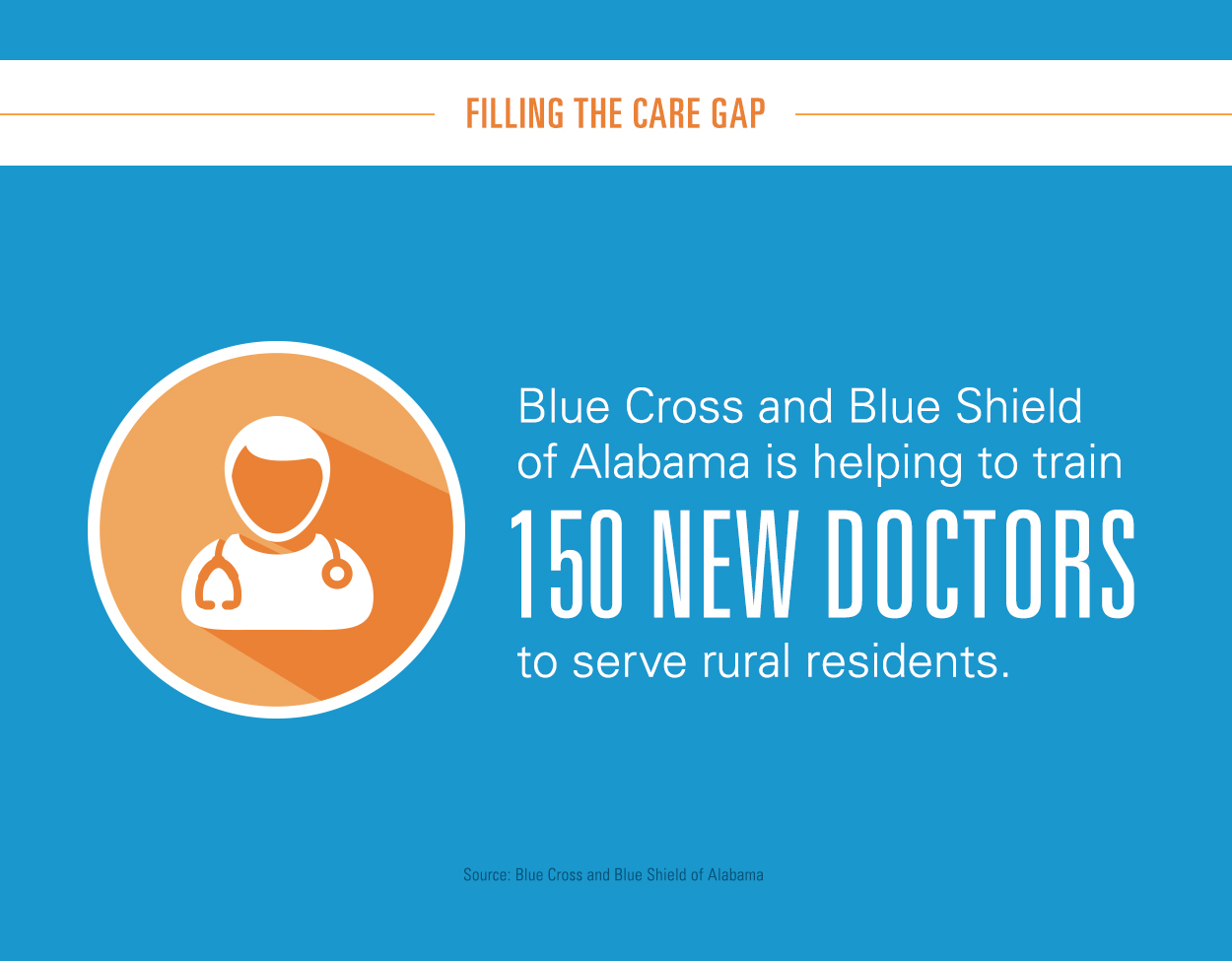 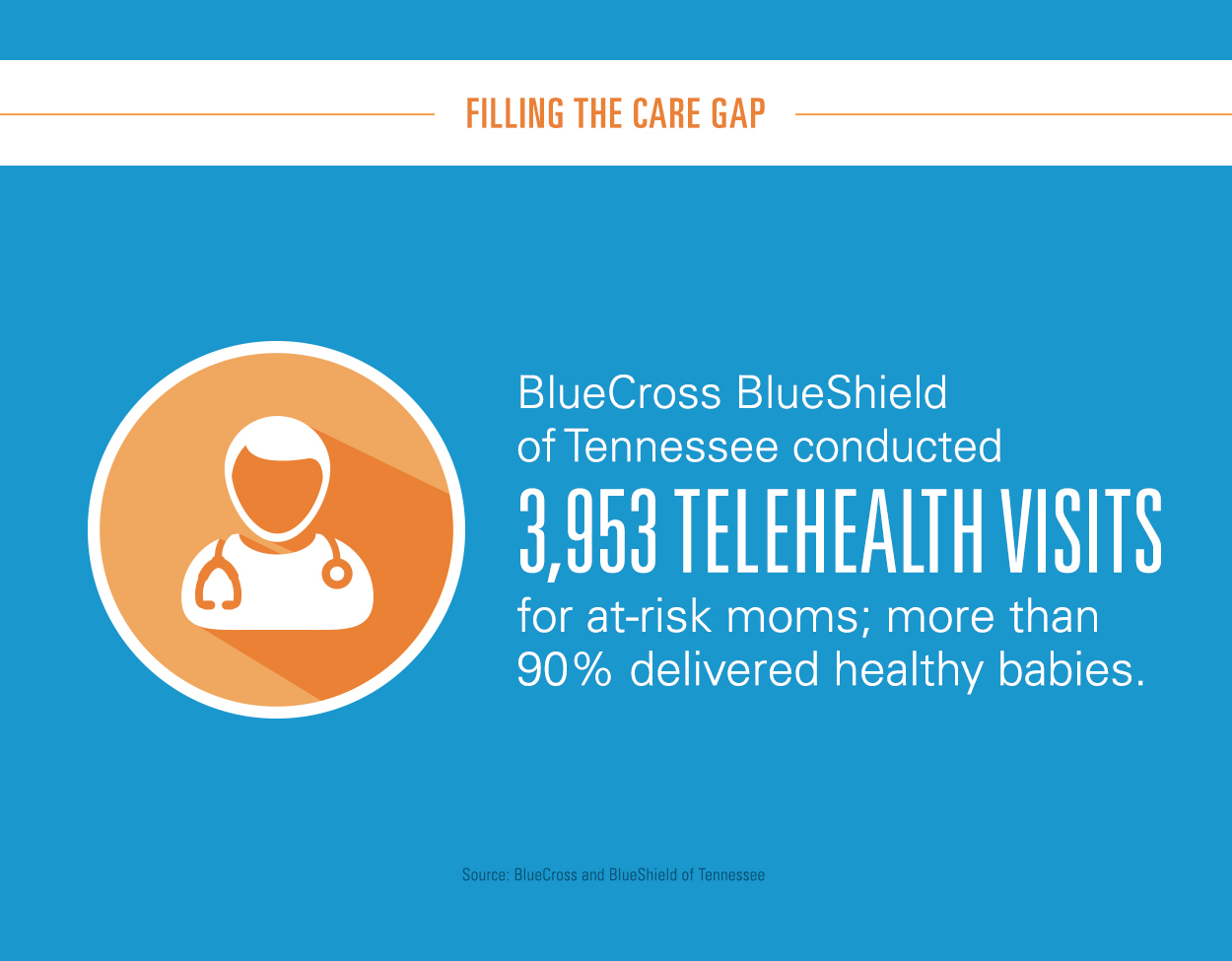 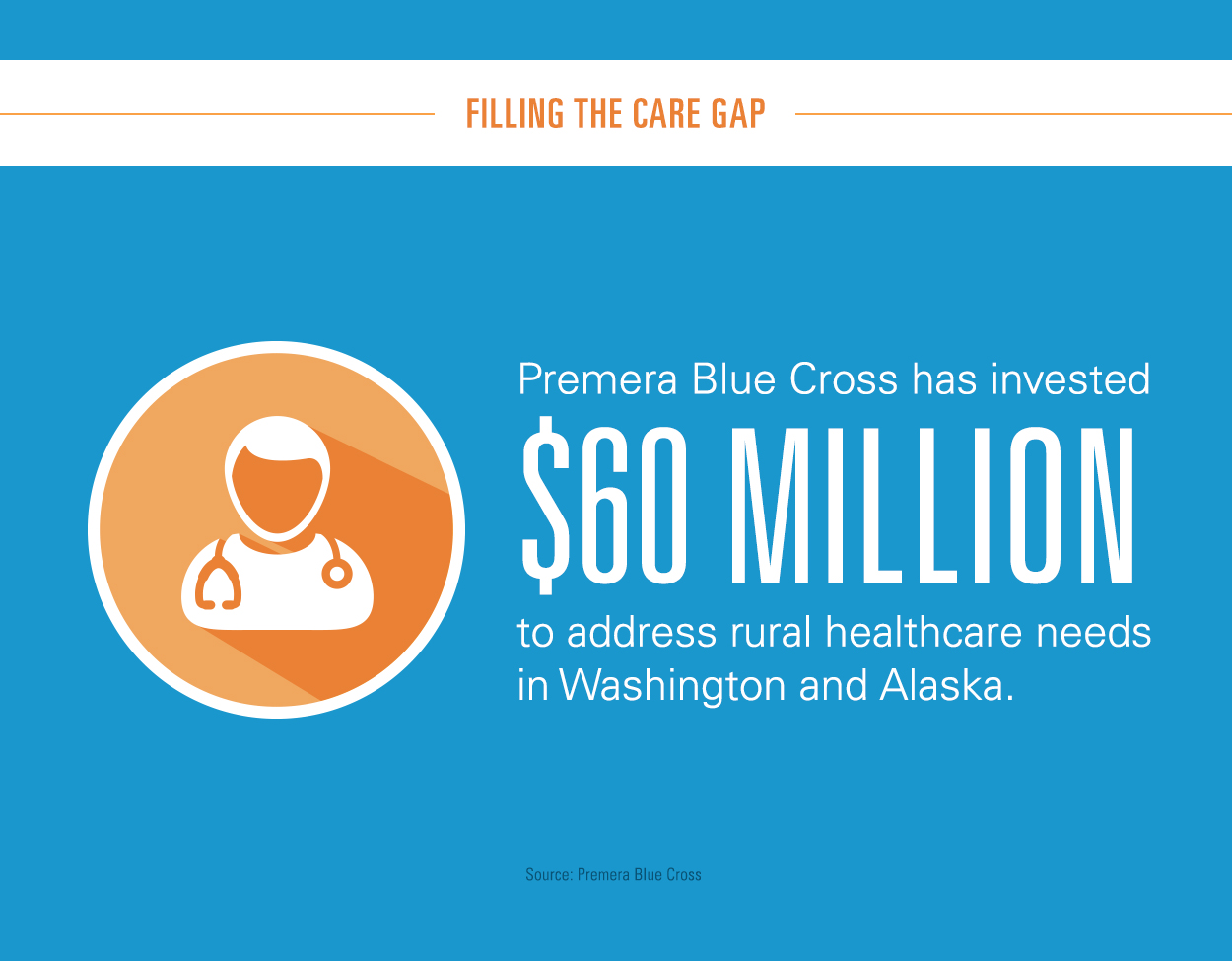 The doctor is out of your office and in the community