How much do air ambulances typically charge and what’s the cost to consumers?

The U.S. Government Accountability Office (GAO) recently reported that average charges for medical helicopter transport increased 60 percent – from $22,100 to $36,000 – between 2012 and 2017. By comparison, a typical ground ambulance costs $800 to $2,000 per trip. While insurance companies usually cover a large portion, patients are often billed for the difference between what the air ambulance charges and what their insurance paid. This is known as "balance billing" or "surprise” medical billing, with such bills often totaling more than $10,000.

Why do air ambulances often result in surprise medicals?

First responders and medical professionals usually determine which air ambulance provider to call based on factors such as proximity to the site of the medical need or established relationships. Patients typically have no control over the selection of the air ambulance provider, and privately-insured patients are often transported by out-of-network providers. A recent analysis by the GAO shows about 69 percent of air ambulance transports for patients with private insurance in 2017 were out-of-network.

Does anyone review or regulate these charges?

Air ambulances fall under the Airline Deregulation Act (ADA), which was enacted in 1978 to help spur airline competition and remove many government regulations of the industry. Currently, air ambulances are subject to federal regulation by the Federal Aviation Administration (FAA) on all operations and safety aspects, while states may regulate the medical aspects of air ambulances, but not aspects that could affect the financial, safety or operation of air ambulances (see table below). 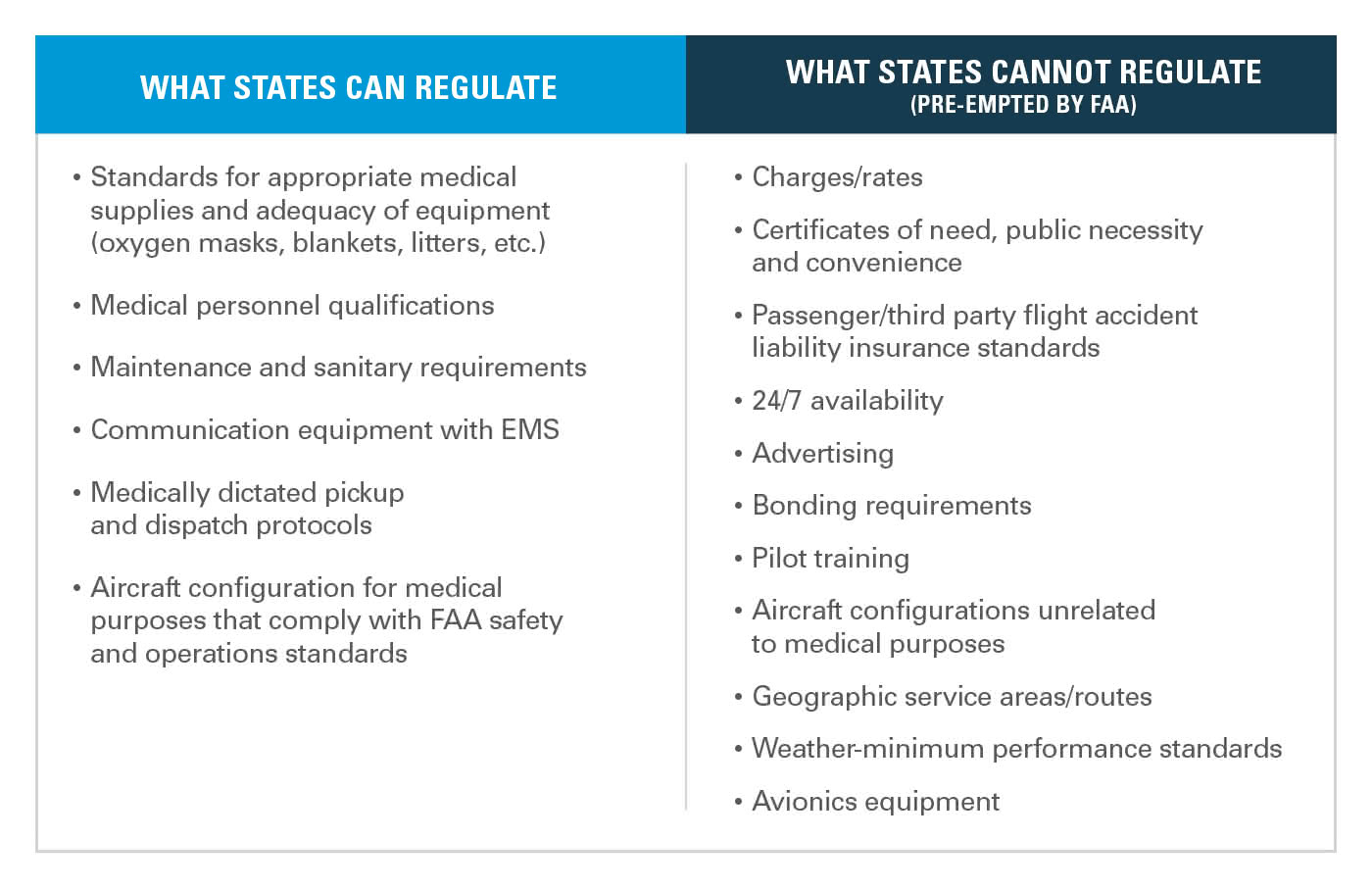 Congress took an important first step in addressing this issue by requiring the creation of the Air Ambulance and Patient Billing Advisory Committee as part of the Federal Aviation Administration Reauthorization Act of 2018.  The advisory committee is charged with reviewing options to improve the disclosure of charges and fees for air medical services, informing consumers of insurance options for such services and protecting consumers from balance billing.

What is the role and recommendation of health insurers?

These and other improvements will help protect patients and lower health care costs. More detail on our recommendations are available here.

What’s up in the states?

Consumer tools to compare health care costs and save